Comprised of a home run derby and a mixed-team game, the Smashville Showdown created buzz around Hawkins Field and allowed some of Nashville’s most prominent athletes to showcase their softball skills. 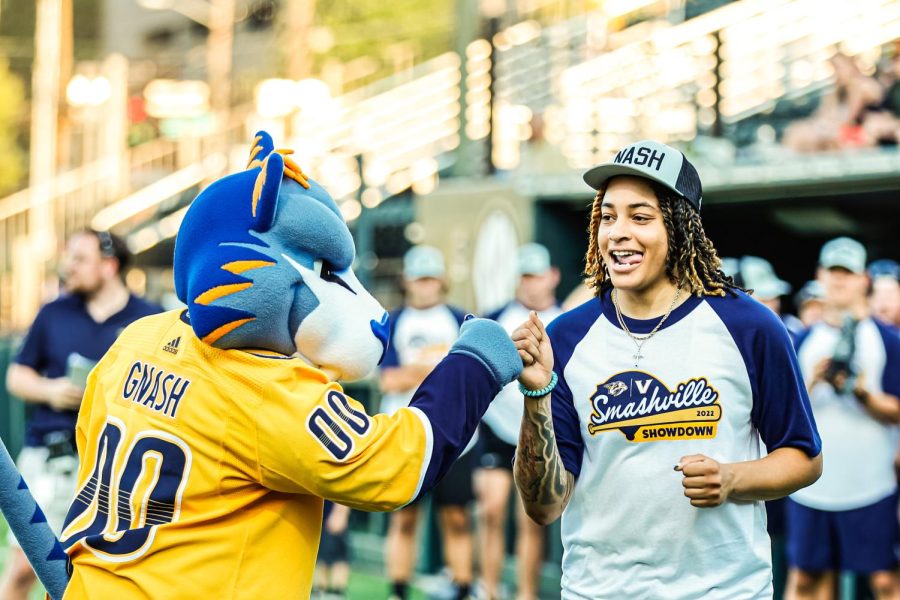 The matchup brought a sizable crowd to West End to raise money for the Vandy United Fund, the Predators Foundation and several local charitable organizations.

“This is a great team bonding event—just to be all here together and get to talk to each other,” VandyBoys pitcher Nick Maldonado said before the showdown. “It’s going to be a great time and we’re all really excited.”

The first contest of the night was a home run derby. Two teams, Team Smash and Team Ville, competed against one another in a battle of softball supremacy. Team Smash was made up of Colton Sissons, Michael McCarron, Bulger, Cruz, Seals, Duchene and Noland, while Tanner Jeannot, Forsberg, Hewett, Wright, McDonagh, Washington and Bradfield Jr. rounded out Team Ville.

Noland and Hewett ultimately represented their teams in a final home run derby showdown, with Hewett narrowly topping Noland on a last-second moonshot.

After an exciting first event, the two teams moved on to compete in a friendly softball game that brought together two mixed Predators-VandyBoys rosters. After the lively matchup, the Predators Foundation auctioned off items worn in the event for charity.

With fun and goodwill all around, the first Smashville Showdown was a huge success. As for the VandyBoys, they’re gearing up for a big bounceback season this spring.

“Looking forward to it,” Maldonado said of the upcoming campaign.